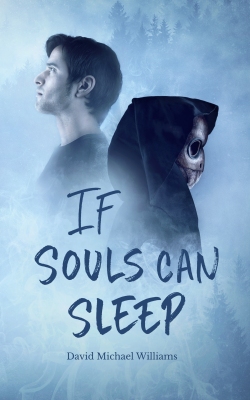 After years of being haunted by the day his daughter drowned, Vincent Cruz faces a new nightmare—one that reaches into the real world and beyond the grave.

If Souls Can Sleep, a new novel by Fond du Lac fiction writer David Michael Williams, introduces a hidden world where gifted individuals possess the power to invade the dreams of others. Two rival factions have transformed the dreamscape into a war zone where all reality is relative and even the dead can’t rest in peace.

“After years of focusing exclusively on sword-and-sorcery fantasy, as both a writer and a reader, I made it my goal to write something very different. I wanted to create a book I had never read before, something very unusual and unique,” Williams said.

While categorizing If Souls Can Sleep can be tricky, Williams sees the mashup of genres as a strength because the story has something for readers of many backgrounds. He describes the narrative as complex yet accessible, peculiar yet relatable.

“This book has no shortage of paradoxes. I tried to break the rules without ending up with a broken story,” Williams said. “Fortunately, early feedback suggests the experiment was successful.”

If Souls Can Sleep will be published through Williams’ indie publishing company, One Million Words, on Jan. 30. The book is currently available for preorder as a paperback at Amazon.com and as an e-book through the Kindle Store. Other e-book formats will follow at various online retailers starting in May 2018.

If Souls Can Sleep serves as the first book of The Soul Sleep Cycle. The sequel, If Sin Dwells Deep, is scheduled for a fall 2018 release, with a third installment, If Dreams Can Die, slated for spring 2019.

Williams is also the author of The Renegade Chronicles, a fantasy trilogy comprised of Rebels and Fools, Heroes and Liars, and Martyrs and Monsters. He joined the Allied Authors of Wisconsin in 2005.

His website, david-michael-williams.com, features a blog about his fiction and the craft of writing.